The updated council chambers must handle the city council and city commission meetings, but also serve as a meeting space for various other community meetings and events. Most notably, an annual documentary film festival will use the room for their needs. Existing spaces are often challenging with limited conduit, pathways, and floor boxes for the AV infrastructure – especially with the expressed need for multiple microphones and displays. This 1986 conversion of the Ukiah High School to Civic Center was no exception. The room shape and coffered ceiling with custom lighting likewise limited options for AV. Keeping the room divisible with a folding partition increased the challenge. Finally, the whole system needed to support the city’s cloud-based municipal record-keeping software providing video, audio, and content capture and a feed to the existing community access cable TV channel.

ABD’s infrastructure designs combined a single-wire conferencing mic system, wireless and USB with AV-over-IP to maximize the amount of audio, video, and control signals through the existing pathways. Meanwhile, mounting locations were selected to minimize the appearance of surface mounted equipment and avoid interference with the decorative ceiling and lighting. The new infrastructure includes planning for future services such as real time speech-to-text transcription and real time simultaneous interpretation that may be added with minimal impact to the existing systems.

The new system provides HDMI for laptops, displays, and microphones at the podium, each of 7 seats on the dais, city employees’ table, and city clerk’s desk. The clerk can control the system through a touch panel interface. The room features multiple displays to accommodate a variety of viewing locations, cameras for event recording, and content capture. Additional ceiling beam-forming microphones, wireless tabletop units, a wireless presentation interface, and the projection systems allow for a variety of city staff and non-public meetings in a space that was once limited to legislative sessions. The City of Ukiah got a great new room providing the necessary connectivity for official record keeping, community engagement, effective legible and intelligible in-room and web-based participation, and flexibility that should grow and adapt to support their needs for the next 15-20 years. 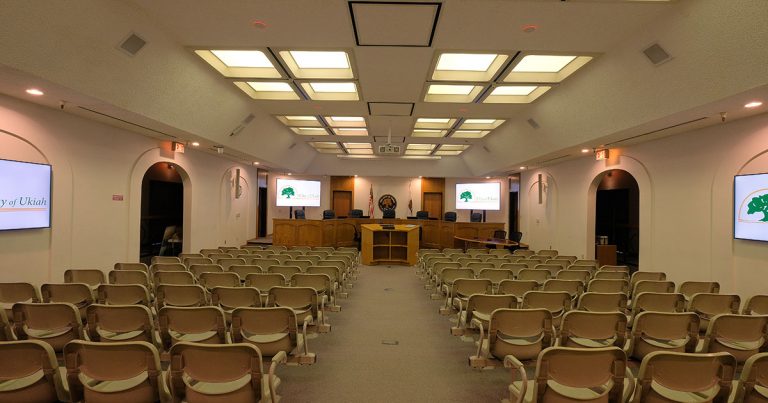 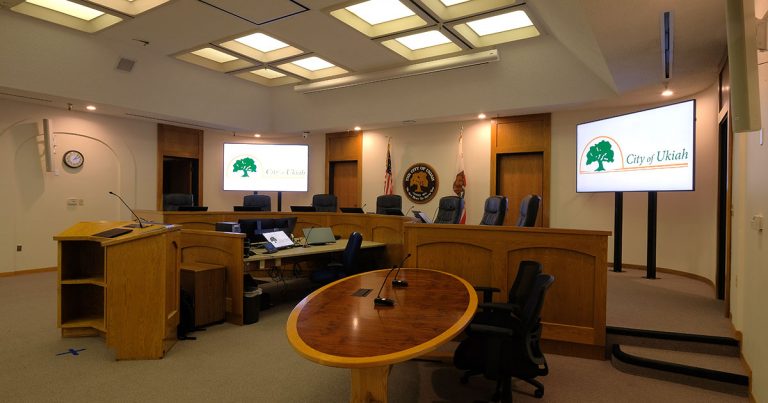 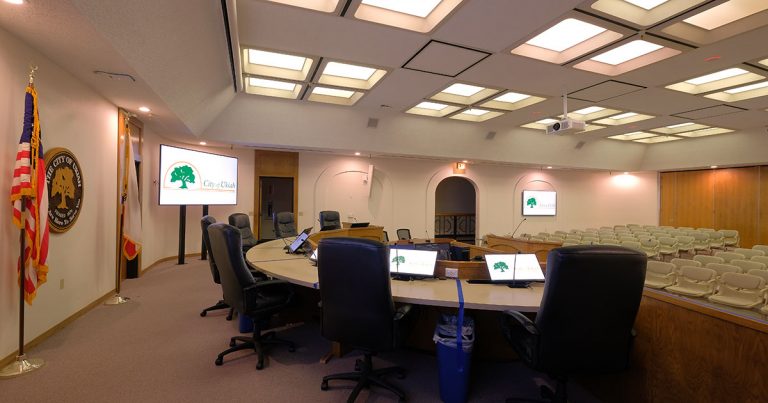