Why Can’t We Just Do Wireless Video?

by ABD Engineering and Design | Audiovisual 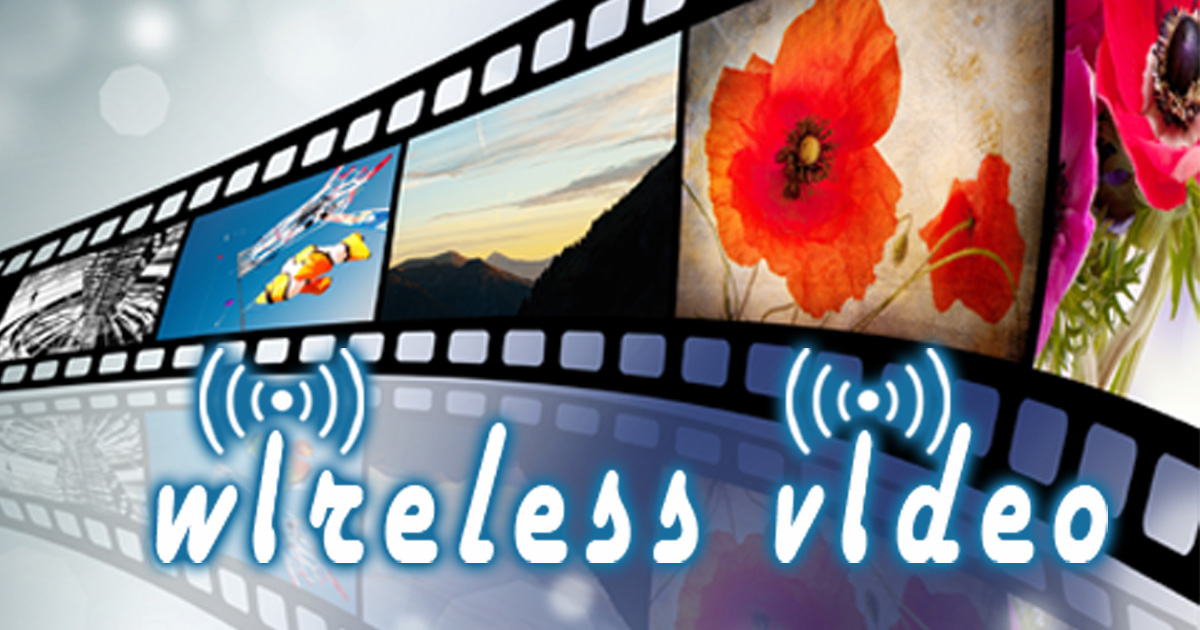 When a technical system design project includes video, we are asked the same question, “Can we do wireless video for that?” It sounds like a great idea. Someone wants to add a video display, projector and screen, a few cameras, or a set of monitors somewhere, and after all, they have an AppleTV at home, and that streams video wirelessly. Depending on the project, and the type of video, limited wireless video can work, but it does require some planning and understanding of the limitations.

Taking the AppleTV for example, it works as a great example of limited wireless video. You’re streaming content from one point to one another, and as long as you don’t have much else going on inside the same WiFi network the video can work well. The catch is usually in the bandwidth needed for the video.

WiFi networks operate on channels (labeled 1-14, up to and including 802.11n and range from 2.412 GHz to 2.484 GHz). The channels overlap each other, meaning no single channel is alone in its range (channels 1, 6 and 11 do not overlap with each other, but overlap with their closest neighbors). Each channel also has limited bandwidth available. For example, if you’re sending the video over your wireless network, and also using that network to control the presentation, browse websites, send email, and so on, you can imagine that the channel gets clogged rather quickly. Even a dedicated WiFi network can be limiting, especially if there are other WiFi networks nearby. It’s worth mentioning that the higher frequency channels can accommodate more data, but it’s not usually enough. Full video, or even compressed video, can take up more bandwidth than most channels allow, and the higher frequencies require more expensive technology. The 5GHz (802.11n and 802.11ac) offers 23 non-overlapping channels, so there’s much more room. It will eventually fill up as well.

There are other standards and formats, such as Bluetooth, Zigbee, WDI, WiHD, and they can work for certain uses, but have not yet been able to strike the balance between price and compatibility.

In the hypothetical realm, using wireless video to display still images, such as a PowerPoint or Keynote presentation, can work well. If the WiFi network is fairly isolated, for example – if your location is outside the range of other wireless networks, and you’re not using the same channel for other activities, you can stream a few video clips. The catch is, these plans are usually forgotten or compromised rather quickly, and then the wireless video no longer works well. At that point, you end up needing to run wiring that you wish you’d done in the first place.

Getting Closer, But No Substitute For Wire

Recently, we’ve seen some real improvements in wireless video.  There are several product introductions from respectable manufacturers that are bringing us closer to being able to do wireless video on a more regular basis. Improvements in Wi-Fi hardware, like the 5GHz systems, help with the bandwidth. Of course there are still limitations. The most reliable systems function best in a point-to-point configuration which means that getting non-technical personnel connected to the system can sometimes be the biggest stumbling block to successful usage. As the technology continues to grow, evolve, and mature, there is hope on the horizon. We’re not ready to replace the copper cables yet but wireless video is working its way into systems design and becoming another tool in the arsenal.

If It Makes Sense

When you work with an independent AVL design consultant, like Acoustics By Design, you get the benefits of our experience and research, without wondering if someone is trying to sell you something. We work with you to design technical systems, including audio, video, theatrical lighting, and digital signage systems, and if it makes sense, wireless video. The systems we design reflect the needs of your project, and fit your budget. In fact, we usually help our clients determine an appropriate budget as a first step. We can work with your architects and interior designers to help them create a seamless look. Typically, our designs include the line drawings, equipment specifications, power requirements, and everything needed for audio-visual integrators to bid on. At the end of the project, we can commission the system to make sure it was installed correctly, and is performing the way it was designed.

ABD Engineering and Design is one of North America’s leading independent acoustical consulting and AV design firms, serving clients across the United States and Canada, as well as other international markets from offices in Grand Rapids, MI and Portland, OR. Our specialized acoustical engineering and AV design practices help architects, building owners, engineers, facility directors, and municipalities design spaces, environments, and systems for optimal acoustical and audiovisual performance. Our consulting practice areas specialize in all aspects of architectural acoustics, environmental and industrial noise and vibration control, and audiovisual systems design.