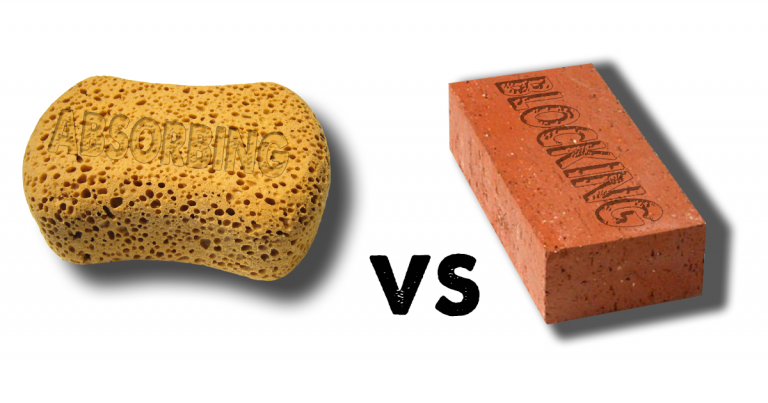 When sound transfers from one space to another, what’s the most effective treatment? Does fiberglass insulation stop sound? Advice from professional acoustical consultants on the dos and don’t of sound absorption versus noise isolation.

When there is a concern about sound traveling from one space to another, we often get the question – “Can’t we just add some acoustical panels to the wall?” It’s important to understand that porous absorbers do not block sound. A porous sound absorber, by definition, has many tiny interconnected voids that sound travels through. Fiberglass and open-cell foam are examples. The sound wave loses its energy through friction between the air particles and the fibers/void walls of the material it is passing through.

If a sound wave can pass into a material, it can also pass through a material, and therefore cannot effectively block sound. Heavy massive materials, in a relative sense, are used for blocking sound, such as gypsum board and concrete block in the building industry.

Sound absorbers are used to reduce sound within a space. They can reduce the reverberation time, echoes, or prevent the focusing of sound that is reflected from curved surfaces. So why does batt insulation inside a gypsum board partition improve its sound blocking capabilities? Because sound that gets through the first layer of gypsum board can be reduced further by absorbing some of its energy before it is able to get through the second layer of gypsum board. The batt insulation is still acting as a sound absorber, not a sound blocker. The most egregious violation of this principle that I see in the field is the use of fiberglass batt in an attempt to block low frequency sound coming from a roof top air handling unit through ceiling tiles to the space below. We are often called to a job site after this has been done and the project personnel have discovered that fiberglass batt insulation is not effective in absorbing (much less blocking) this frequency range.

It is common that fiberglass is laid around the perimeter of private offices in an attempt to block sound from one office to another. While there is some benefit from this (about 3-5 dB of reduction), the fiberglass is working to absorb sound in the plenum, but it doesn’t block it. Depending on the application, you can “block” enough sound from office to office by stacking a 4-foot width of fiberglass from the top of the wall to the underside of the deck or inserting foil faced mineral wool or quilted barrier material vertically above the wall. Another option is to install a ceiling tile with a high Ceiling Attenuation Class (CAC). Wouldn’t it have been easier just to carry that sound blocking gypsum board to the ceiling instead?

Melinda Miller, PE, LEED AP BD+C, EDAC, INCE Bd. Cert., Melinda is the Principal Engineer, stationed in Portland, Oregon. Melinda has been working in acoustical engineering since 2001. Her expertise includes diagnosing and preventing noise problems, as well as designing acoustically optimized environments using 3D computer modeling, and evidence-based design practices. Melinda earned her Bachelor's Degree in Mechanical Engineering from the University of Idaho in 1998, and Master's from the University of Illinois, Chicago, in 2003. Melinda has presented technical papers and speeches for the Acoustical Society of America, the American Institute of Architects, the Chicago Chapter of the Audio Engineering Society, Columbia College,  and The University of Illinois at Chicago.